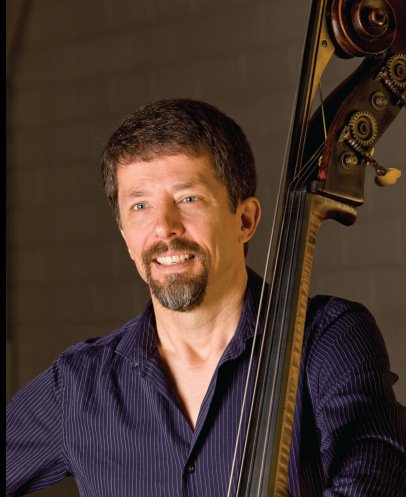 Jeffry Bradetich is regarded as one of the leading performers and teachers of the double bass in the US today. He gave his professional concerto debut at the age of 16 and was appointed to the orchestra of the Lyric Opera of Chicago by age 19. Since his New York debut in Carnegie Recital Hall in 1982 he has performed more than 500 concerts on four continents including his London debut in Wigmore Hall in 1986. He has won many major solo competitions and has been featured on radio and television throughout North and South America and Europe including CBS, CNN, BBC, CBC and NPR.

As a young student growing up in Eugene, Oregon, Mr. Bradetich studied with Dr. Robert Hladky, cello professor at the University of Oregon. He received his Bachelor’s and Master’s degrees from Northwestern University where he studied with Chicago Symphony bassists Warren Benfield and Joseph Guastafeste. Other major musical influences include performing for ten seasons at the Oregon Bach Festival with Helmuth Rilling, one of the world’s leading Bach authorities, and summer study with Gary Karr and many of the leading double bass pedagogues in the US.

Jeffry Bradetich tours internationally as a performer and teacher. He has been an active lecturer and clinician and has transcribed more than 100 solo works for the double bass. His instructional DVD has become a staple in the teaching field and he has recently released a DVD recording of the first Bach cello suite and BB Wolf by Jon Deak. He serves as a judge for major competitions in Germany, England and North and South America.

His book Double Bass – the Ultimate Challenge on pedagogy and performance on the bass was released in 2009. He has recorded six solo albums for double bass and piano including two firsts for the double bass: a Christmas album and a Children’s recording. His newest CD is Double Bass Portraits on Klavier Records.

He served as Executive Director of the International Society of Bassists from 1982-1990 and as editor of the magazine for 6 years. He taught on the faculties of the Interlochen Arts Academy (1980-1983), University of Michigan (1980-1983), and Northwestern University (1983-1994) prior to his 1994 appointment as director of the largest double bass program in the world at the University of North Texas. He has also been visiting professor at the Cleveland Institute of Music and Northwestern University.

His students hold positions in major orchestras on five continents and occupy many important teaching and leadership positions throughout the profession.

His Summer Master Classes, now in their 25th year, are the longest running course of their kind in the US. He has also help to encourage, develop and organize many other double bass workshops throughout the world including the Pirastro Strings Elite Soloists Program, Texas Bass Symposiums, the Hammond Ashley Memorial Workshops, the Mittenwald, Germany International Master Classes and the Hong Kong Bass Camp.

Mr. Bradetich has recently established the Bradetich Foundation with the purpose of advancing the performing, teaching and knowledge of the double bass. The Foundation hosted the 2010 International Solo Competition with the largest prizes in double bass history including a first prize valued at more than $40,000. Complete information is available at: www.bradetichfoundation.org